AGE is nothing but a number and in Kilcock GAA circles, Evan Gallagher is everything but just another young man. 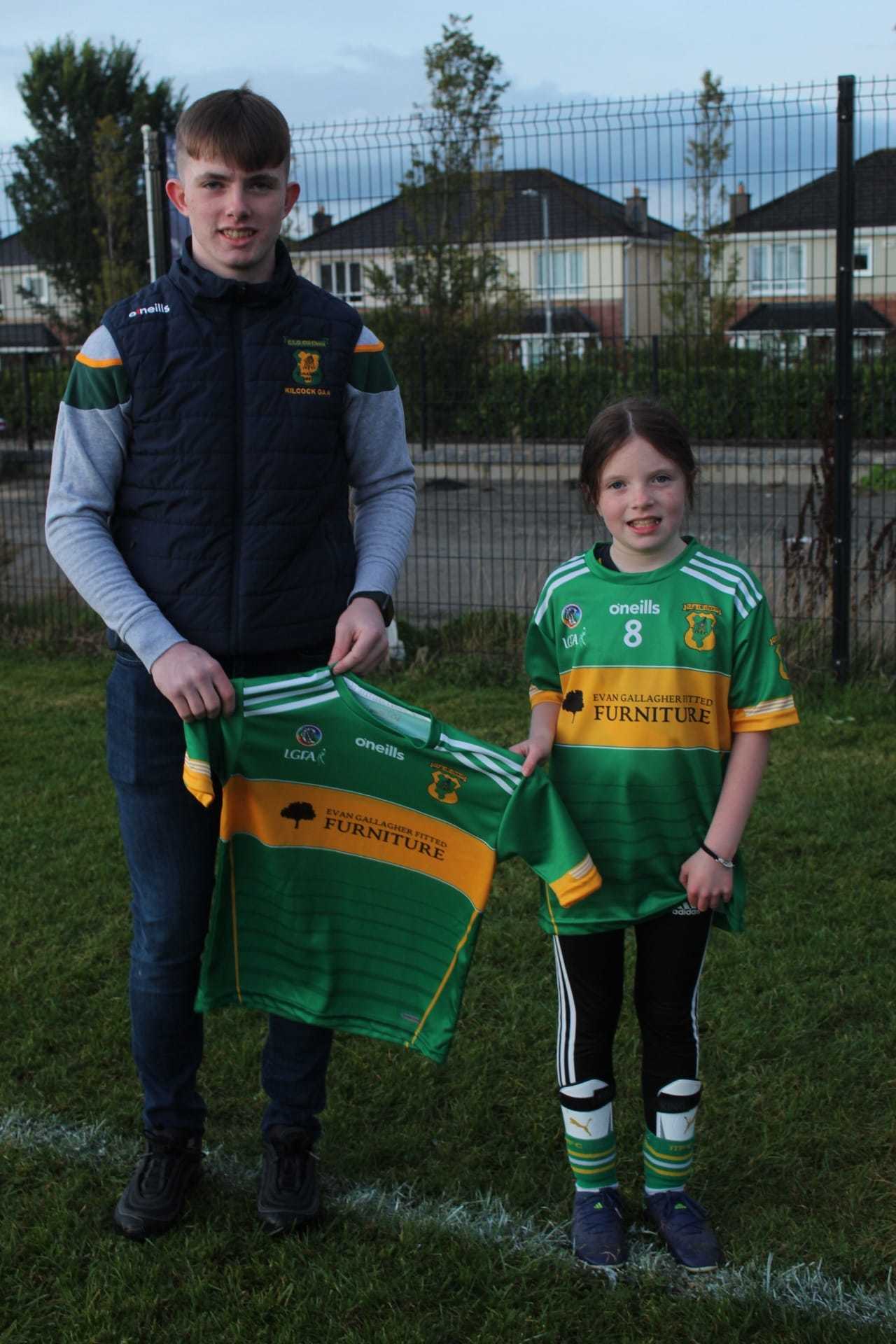 Download our mobile app to hear more about Kilcock GAA.

At just fourteen years of age, Gallagher is another of the club’s emerging dual stars. The son of former Maynooth footballer, Eamonn and ex-Blackhall Gaels camogie star, Laura, Evan - despite his youth - is already planning for his future with his own company, ‘Evan Gallagher Fitted Furniture’.

With the reputation of his fledging company on the rise, young Gallagher is already giving back to the community; this week he finalized the sponsorship of his younger sister’s camogie team, a gesture not lost upon nine-year-old Lucy as can be seen in this photo.

As a family, the Gallagher’s are steeped in the values of community and the GAA and commenting on Evan’s generosity, Kilcock GAA Chairperson, Declan Cahilan could not hide his delight with this latest powerful display of unity within the club.

“For the past three years, Kilcock GAA has moved to a ‘One Club’ structure,” explained Cahilan.

“All sections are represented on our Executive; we have developed an inclusive club strategy and all facilities and resources are shared on an equal basis.

“We have recently secured O'Neill’s as our sole supplier of teamwear. This means that the cost for families is reduced and all boys, girls and adults can wear the same Kilcock Club gear.

“We are proud in our community as part of our club here in Kilcock. This outstanding sponsorship indicates that the children in Kilcock value each other as equals."

While Evan continues to inspire through his on-field performances that continue to enhance his reputation as a star of the future, he is also making some waves off the pitch as well.

Just two years ago, at the age of twelve, Gallagher made and donated a podium to St. Joseph’s Primary School (Kilcock) as a parting gift.

His current woodwork teacher, Shea Farrell in Scoil Dara secondary school, is quick to acknowledge Gallagher’s ability having witnessed it in close quarters:

"Every day I see what this young man is capable of,” Farrell said of Gallagher, who is also a member of the Kildare Under 15 development squad.

“His talent, ability and attention to detail are immeasurable. Evan will sit his Junior Cert in 2022 and I know he will get stunning results.”

Kilcock GAA have received a very small allocation of ti...

Kilcock GAA have received a very small allocation of tick...

Coaches workshop for all juvenile and adult coaches. Mond...

Our special guest has asked that all coaches complete thi...

Get live information for Club on the ClubZap App